Brewton School had been a white school building, but Laurens officials with state approval planned on remodeling it and enlarging it for use by black students. Brewton’s white students were going to be abandoning the building for the new East Laurens High, an all-grades building that opened in April 1956.

Despite Brewton’s updates being 90 percent complete, builders were forced to stop. Part of one wing was being built on private property. Local Brewtonians, who admitted they did not want black students in that school, now had their wish.

END_OF_DOCUMENT_TOKEN_TO_BE_REPLACED

When East Laurens opened in April 1956, all school children from Brewton, plus all the high school students from Condor and Wilkes moved into the new building. Wilkes’ high school had combined with Brewton at the start of the 1955-56 school year, a consolidation known as Brewton-Wilkes High.

Laurens County was still in the middle of a building program and black schools were being erected at Dudley (Millville) and a few miles south of Dublin (Mary Fleming). With Brewton now vacated, work could also finish on the building there, which was being renovated and remodeled for a third all-grades black school.

The location of another white high school in the Rentz area had been debated some time, with one court case decided and its appeal hanging in the balance.

Rentz, however, was joined by a newer and bigger problem in Laurens County: Brewton.

END_OF_DOCUMENT_TOKEN_TO_BE_REPLACED 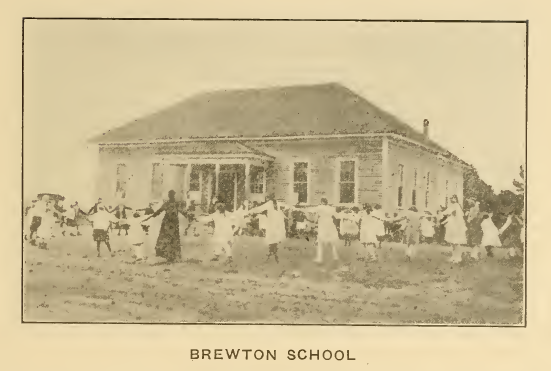 The Minimum Foundation Program and the State School Building Authority are frequently referenced in this blog.

The combination of the two programs were among the biggest influences in education, along with, but not limited to, free textbooks, the Quality Basic Education Act and the train of technology in its various forms.

Georgia’s plans in the 1950s to streamline its education, to get the most bang for its bucks, changed the fabric of schools, especially at the high school level.

Whereas states like Texas are seemingly content to maintain tiny high schools – Dave Campbell’s Texas Football was able to rattle off 10 high schools in 2016 with enrollments of 35 or less playing high school football at some level  – Georgia frowned upon that. In 1953, Tift County’s Omega High lost its accreditation from the state because it had fewer than 60 students in its top four grades. Public high schools in Georgia have only gotten bigger since.

The Brewton School saga involved the third of these types of building projects. The State Board of Education and the Laurens County Board of Education decided to consolidate Brewton’s students into the new East Laurens school building.

But Brewton had a decent school building and no one wanted to see it go to waste. Officials planned on solving more consolidation with it, namely the consolidation of a section of Laurens County’s black students.